Attention-deficit/hyperactivity disorder (ADD/ADHD) is one of the most common childhood-onset psychiatric disorders. It is distinguished by symptoms of inattention, hyperactivity, and impulsivity. ADD/ADHD may be accompanied by learning disabilities, depression, anxiety, and behavioral disorders. The disorder itself may have several different causes, including elevated lead levels, abnormal thyroid function, morphologic brain differences and EEG patterns, nutritional deficits, and neurochemical imbalances.

Numerous rating scales and medical tests for evaluation and diagnosis of ADHD are available, with a mixed expert opinion on their usefulness. Historically, the traditional medical diagnosis has been based heavily on scales and questionnaires such as the Conners Rating Scale, Conners Abbreviated Teacher Questionnaire, and various parent rating scales with limited reliability. Medical screening and diagnostic approaches rely on assessment for lead toxicity, abnormal thyroid function, electroencephalogram (EEG) studies and/or neurological screening tests.  These diagnostic methods have also proven to be both inadequate and inaccurate.

In July 2013, the US Food and Drug Administration approved the use of Neuropsychiatric EEG-Based ADHD Assessment Aid (NEBA) as the first device for the complementary evaluation of ADD/ADHD. It is based on quantitative electroencephalogram (qEEG) and includes brain wave testing that uses the standardized theta/beta ratio as a tool for determining whether the ADD/ADHD is primary, secondary or comorbid to another pathology.2 However, to date no data are provided to be able to discriminate between diagnostic subtypes of ADD/ADHD.

The traditional medical model has essentially one offer for patients with ADD/ADHD: stimulant medications. Many parents are concerned about the effects of these medications for treating ADD/ADHD because of their stimulant nature, as well as kids often continue to take them for years. Stimulant medications are controlled substances, which means they have the potential for abuse.

It’s not easy making decisions about medication for ADD/ADHD, but doing your due diligence can help you achieve long-term success. Medication may help improve the ability to concentrate, control impulses, plan ahead, and follow through with tasks. However, it isn’t a magic pill that will fix all of your or your child’s problems. Even when the medication is working, a patient may continue to struggle with ancillary symptoms such as forgetfulness, emotional problems, social awkwardness, disorganization, distractibility, and/or relationship difficulties. That’s why it’s so important to also make lifestyle changes that include regular exercise, a healthy diet, proper and personalized nutrition, and sufficient sleep.

Medication doesn’t cure ADHD. It may improve symptoms while it’s being taken, but once medication stops, those symptoms come back. Also, medication works better for some than for others. Some people experience dramatic improvement while others experience only modest gains. Because each person responds differently and unpredictably to medication, its use should always be personalized to the individual and closely monitored.

Here is where the opportunity for personalized medicine comes into play with a functional medicine mindset, looking at each patient as an individual, evaluating the role of diet, nutritional status, neurotransmitter balance, toxic load, hormone function, and qEEG electrical patterns into the cause of the symptoms for EACH SPECIFIC individual.  Remember, we are talking about treating causes, not chasing symptoms or sets of symptoms.

The Role of Dopamine in ADD/ADHD Treatment

Herbally, our go-to would be Mucuna pruriens, a plant from India, the Caribbean, and Africa. It is a climbing shrub that has the ability to grow white, lavender, or purple flowers and causes itching upon physical contact with the outer hairs and skin. Mucuna pruriens contains L-DOPA, or Levodopa, the precursor to dopamine and seen as the main constituent3, yet also contains serotonin (and its precursor, 5-HTP), and dietary minerals in small amounts, such as selenium, iron and magnesium.4 Mucuna pruriens supplementation has also been shown to affect hormone levels, specifically suppression of prolactin levels in vivo and increase in testosterone.5

The L-Dopa contained within Mucuna pruriens can cross the blood-brain barrier and interface directly with the brain and central nervous system. L-Dopa is a direct precursor to dopamine, and also releases compounds which boost production of norepinephrine, and adrenaline. These neurohormones are known to regulate energy, create intense feelings of euphoria and physical pleasure, and aid in muscle coordination and movement. Since Mucuna can also increase levels of serotonin, it contributes to mood enhancement and stress relief.

Mucuna pruriens’ benefits for mind and body outweigh any possible side effects for most people. The boost in epinephrine (adrenaline) and norepinephrine give a notable boost to energy and focus, without the edgy qualities that might come from the use of stimulant medications. Users report that jittery nerves are not among significant Mucuna pruriens side effects. One large double-blind study noted no significant adverse effects from 15-30g of Mucuna pruriens powder over the course of 12-20 weeks.6 In rats, doses of 32mg/kg or above are associated with ‘some adverse side effects’ (hyperventilation, reduced spontaneous motor activity, spontaneous erections) that appeared 1 hour after ingestion transiently, and doses up to 100mg/kg are free from more significant side effects for up to 12 weeks.7

ADD/ADHD, Mucuna Pruriens, and your patient

Mucuna pruriens provides a perception of mental focus and heightened concentration which is of great benefit for anyone suffering from ADD/ADHD. Mucuna pruriens provides a natural alternative which in many cases is more effective than its prescription counterparts. It has a long track record of safe use, and in modern users, it rarely presents side effects within moderate dosages, of which 500 mg per day represents a typical dose. Dosages as low as 100 mg per day may still generate the Mucuna pruriens dopamine response, while up to 1 gram per day is generally considered very safe.

If you are interested in learning more about our formulas or becoming a provider, be sure to visit Sanesco’s website or call them today. 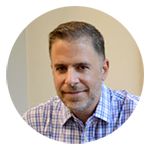 For over 18 years, Dr. Bradley Bongiovanni has been a caring and accomplished Naturopathic Physician with an extraordinary background serving the greater Atlanta metropolitan area and the southeastern United States. As founder of Wholistic Medicine Specialists of Atlanta (WMSOA), Dr. Bongiovanni is famous for personalizing every patient’s diet by identifying specific food sensitivities and HPA-T Axis imbalances to reverse existing disease as well as prevent future illness.

Early on in his career, Dr. Bongiovanni also developed expertise in clinical laboratory medicine by serving as a clinical specialist to a premiere specialty laboratory in Georgia focusing on nutritional and hormonal testing. His practice combines excellent patient care, innovative laboratory and genomic assessments and cutting-edge natural medicines to provide a unique service that is highly tailored to each patient and their individual biochemistry. Dr. Bongiovanni is one of a select few Naturopathic doctors in the state of Georgia that is fully licensed, trained and credentialed by the US Dept. of Education.

Dr. Bongiovanni earned his B.S. degree from the University of Richmond and then his Doctor of Naturopathic Medicine degree from the National College of Naturopathic Medicine in Portland, Oregon. After completing eight full years in both college and medical school, he then went on to complete a Family Practice residency and several training programs working alongside medical doctors practicing truly ‘integrative medicine’.

He now integrates his cumulative education, training, and experience for the benefit of all his patients in metro Atlanta and the surrounding areas. He is highly trained to treat a wide variety of physical and emotional conditions but maintains a special focus on anxiety, depression, and stress/fatigue-related disorders.

Cognitive Health and Your Neurotransmitters